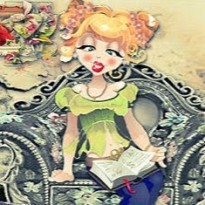 Apple Malloy is a woman scorned. Scorned by a society that has shamed her, and scorned by the men who have claimed her. On the verge of college graduation, Apple finds herself entangled in one last game of manipulation, deceit and sexual corruption with her former lover, and constant enabler, Brick Valmont.

Apple sets her sights on Jensen Moon—the enigmatic professor who had failed her the semester prior—and vows revenge. She’ll make him fall in love with her, and then break his heart, leaving his reputation destroyed in the process.

Brick makes her a wager she can’t refuse.

If Apple can seduce Jensen before Brick can sleep with Tyra Young, the beautiful, innocent daughter of a sitting U.S. Senator, then she will emerge victorious. If she wins, she gets the satisfaction that she has beaten him at his own game. If she loses, she must sleep with Brick one last time before heading separate ways.

Apple is a pro at this. She knows how to maneuver men and wrap them around her finger. She knows how to get what she wants, but Jensen tosses an unexpected grenade into her path to victory. Soon, she realizes it is she that might face the worst fate of all.

She falls in love.

Jensen has a power over Apple and it terrifies her. He can make her feel things. He can make her heart race. He might be the only one capable of saving her soul before it’s too late. But one thing is certain—nobody escapes unscathed in this titillating story of manipulation where nothing is as it appears.

Bad Reputation is the first book in the Bad Reputation series, and is loosely based on the 1782 classic novel, Dangerous Liaisons.
Click HERE to add to Goodreads

It's a game of manipulation based on lies and deceit that leaves a trail of broken hearts behind.  For Apple Malloy, this is her way of getting revenge against any guy that has wronged her.  It's a game she plays very well as she has been trained by the best - Brick Valmont.
The relationship between Apple and Brick is somewhat twisted and has so many layers that would keep even a physiologist dumb-founded.
"I'm his proudest accomplishment and his biggest prize, but underneath all the bullshit, he understands me.  I understand him.  We're two of a fucked-up kind."
Yep, they truly are two very effed up people, but I liked how they operated.  The game of seduction they play is sick and perverse, but they do it so well.  With the glimpse's we get of Apple's past throughout the story, you begin to understand why she does what she does.  Brick on the other hand is still a mystery to me, but I have a feeling I will get to know him better in the next installment, and I can't wait!
As college graduation approaches, Apple and Brick wager one last time.  But this time Apple faces perhaps her greatest obstacle ever - falling in love with the man she had intended on ruining.
K.B. Nelson has done it once again folks!  Bad Reputation is a phenomenal story that made me not want to stop reading.  Seriously.  It pained me to put it down for even a second.  This story is a fast paced, hot and sexy tale that is gritty, hard and has a lot of bite.  It keeps you engaged and anxious to keep turning the pages to see how everything is going to play out.


If you are a fan of Nelson, then this is another MUST read.  If you aren't a fan or unfamiliar with the authors work then this is the absolute perfect choice for you to check out Nelson's writing style for yourself and become as hooked as I and others have become.  It's a highly addictive read that is sizzling HOT and I can't wait for the next installment to be released.
5 stars 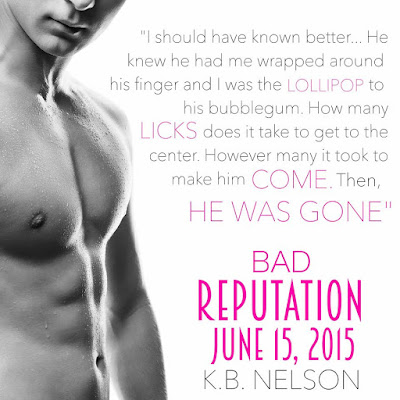 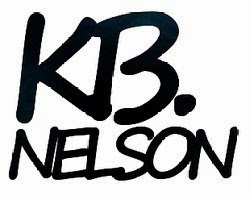 I grew up on a farm in Ohio, but that's not very interesting, is it? When I'm not writing you can find me doing one of two things; getting lost on highways or getting lost in the lives of fictional characters. If my heart had two feet, one foot would be in romance and the other solidly in geekdom. I hope you'll all follow me on my journey through this carnival they call life. I promise there will be a happy ending.